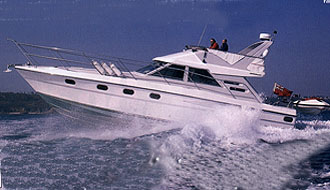 Strangely, although Fairline built getting on for 100 43s, you don’t see many in UK waters. Mike Parks of Peters can’t remember the last one the company sold. A conventional flybridge boat of a type that has always been popular in northern Europe, for some reason it found its strongest market in the Med.

If the Princess had flexible accommodation, the similar-sized Fairline 43 went one better. The original spec allowed for two layouts, with a deck saloon on top and a choice of either three cabins or two and a dinette below. Customers could also have an optional crew/children’s cabin aft in the space otherwise occupied by the lazarette.

Later on Fairline added a third layout, with just two cabins and no dinette. This gave a slightly more spacious galley, but more significantly turned the master cabin into a stateroom, with a much enlarged ensuite toilet-shower and a walk-in wardrobe. If you wanted maximum comfort with just two of you on board, this was the one to go for. Going to the other extreme, the three-cabin-plus-lazarette layout gave a potential ten permanent or convertible berths – great for unexpected guests or those who refuse to leave the party. Maybe that’s why it was so popular in the Mediterranean.

Engine options were initially 306hp TAMD61s or 357hp TAMD71s, with the more powerful installation giving a top speed of 28.5 knots on our test. 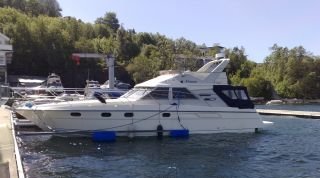 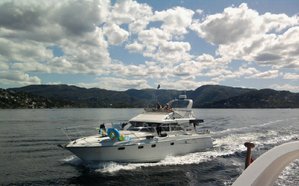 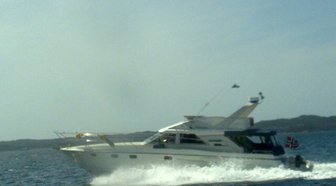